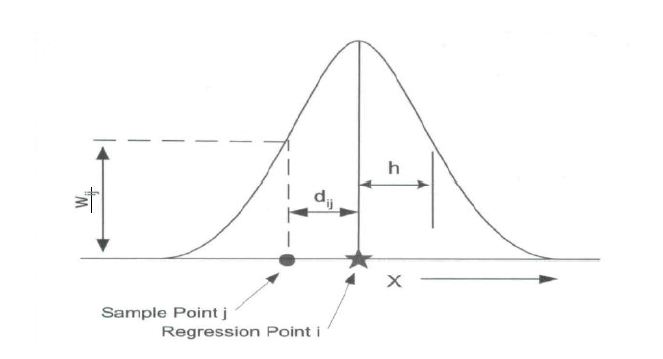 Global hedonic ordinary least squares (OLS) models have, over the years, been identified and utilized for a variety of purposes in different fields. In the housing and related fields, these techniques are typically used to identify the marginal contribution of each of the housing features to price for over 50 years. Nonetheless, the global techniques are affected by their inability to completely remove spatial dependence and spatial heterogeneity in the data. These glitches, if ignored, might result in biased and unreliable parameter estimates. Des Rosier and Thériault (2008) reported that creating appropriate market segments, transforming the data, ensuring adequate model specification and applying the right spatial models are possible ways of dealing with these limitations. Of particular interest in this study is the use of spatial models to control spatial dependence and spatial heterogeneity. The models are based on refined hedonic techniques devoid of parametric restrictions with built-in features that adequately capture spatial autocorrelation (dependence) and/or variation or non-stationarity (heterogeneity) in housing prices.

Though data driven, spatial models are problem-specific solvers (tackling autocorrelation or heteroskedasticity) and do, however, have the potency to reduce other glitches found in the property market. For instance, local regression methods, such as geographically weighted regression (GWR), designed to, among other functions, control spatial heterogeneity have been found to reduce spatial autocorrelation in residual errors (McCluskey & Borst, 2011). However, despite its capability of controlling spatial heterogeneity in the property market, there is little attention given to GWR in the literature (Bitter et al., 2007), particularly from a pan-African perspective.

Thus far, GWR has been used in a number of housing price studies, including those published by Bitter et al. (2007), Páez et al. (2008), Borst and McCluskey (2008), Lockwood and Rossini (2011), McCluskey et al. (2013), and Bidanset and Lombard (2014). To date, the only known pan-African housing study involving GWR was undertaken by Yacim and Boshoff (forthcoming) in Cape Town, South Africa. This study is considered more comprehensive in terms of house price analysis because of the differing number of kernel functions and other schemes employed within its GWR framework.

GWR attempts to capture spatial variation in the interactions between the response variable and the different explanatory variables at each regression point in the study area, assigning weights to all observations relative to their distance from the regression point. Accordingly, the nearer an observation is to the regression point, the more the weights assigned thereby exert more of an effect on the regression estimates than more distant observations. Kernel (density) function and bandwidth schemes are central to the effective performance of GWR. Thus, the optimal performance of GWR in house price estimation is a reflection of the proper selection of kernel density and bandwidth, and their parameter settings. According to Bitter et al. (2007) and Guo et al. (2008), a higher bandwidth will produce coefficient estimates that are similar to estimates of the global OLS models with a spatial pattern that appears smooth across the geographic space of the local market. Contrariwise, if a lower bandwidth is used, the coefficient estimates will only be for observations that are closer to the regression points, thereby causing a high variance (Fotheringham et al., 2000; Fotheringham et al., 2002). To ameliorate the glitches, and because house data behave differently relative to geographical location, different GWR schemes were tested with South African data to unravel the best kernel and bandwidth specifications.

Previously, the study of Bidanset and Lombard (2014) examined the combined contribution of bandwidths and kernel functions to a house price analysis conducted in Norfolk, Virginia. However, the main goal of this study is to see if a data example derived from South Africa (a region with different socioeconomic and contextual settings that influence buyers’ attitudes) might replicate the results of previous housing price analysis. The findings of this study could be of great interest to analysts and modelers as it provides an easy framework for selecting optimal kernel function and bandwidth without the need to try different schemes in the GWR assessment.

The global OLS models produce regression coefficients that do not reflect the true relationship within housing datasets because of their limitations in correcting for spatial effects. GWR permits local variation of parameter estimates within a geographic region, thereby producing reliable results. However, the optimal performance of GWR is predicated on the choice of spatial weights kernels and bandwidths. Providing a framework for analysts and modelers, particularly within a pan-African context, is the main motivation, among others, of this study. Accordingly, the study compares the performance of different spatial kernel bandwidth weighting specifications in GWR relative to the global models using an example of housing data from Cape Town, South Africa. Specifically, the AIC for the golden bandwidth search scheme on fixed (Gaussian and bi-square) and adaptive (Gaussian and bi-square) kernel functions were used.

While all GWR models improve upon the results of the stationary coefficient global models, despite the inclusion of the second-order polynomial location coordinates, the adaptive kernel bandwidth–Gaussian shaped GWR (model 4) outperformed all other specifications in this study. The fixed kernel bandwidth–Gaussian shaped GWR (model 2) trailed closely behind, revealing that Gaussian-shaped GWR is suitable for house price valuation in Cape Town. One notable relationship that the results of this study shares with those of Bidanset and Lombard (2014) is the fact that the Gaussian-shaped scheme with fixed and adaptive kernels is optimal. However, while this study found the adaptive kernel to perform best, their study found the fixed kernel to be optimum. Thus, analysts and modelers should consider the use of the Gaussian-shaped scheme with either fixed or adaptive kernel functions in their assessments of house prices, as suggested in both studies. Additionally, the results provide complete evidence that either of the spatial weights specifications in GWR is a viable alternative in situations where price estimation is the principal interest.

One area of concern is the high COD and PRD produced by the models used in this analysis. This result might be the consequence of inaccurate data collection, specification errors exacerbated by omitted attribute information or market inefficiencies. Further research might be necessary to unravel the causes before a definite position can be reached regarding the Cape Town housing data.