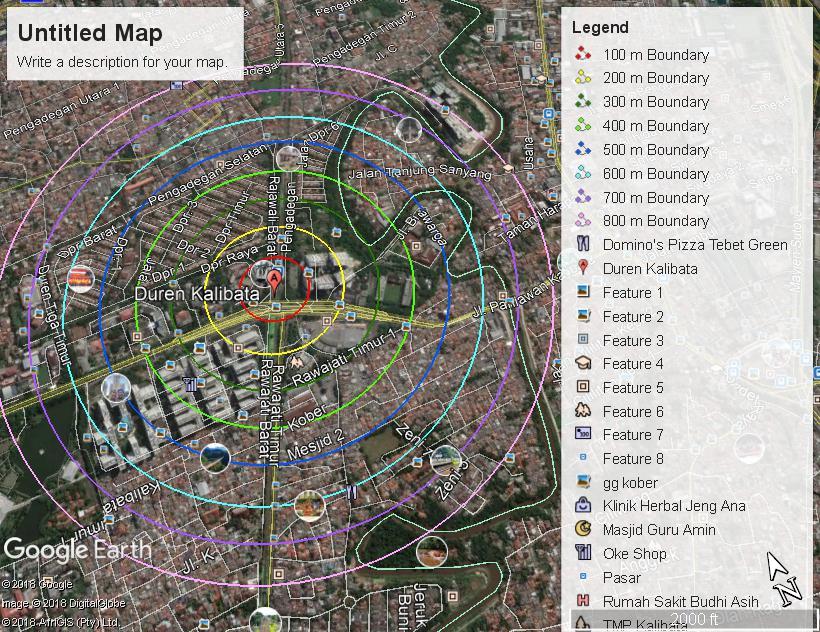 The value of land is determined by the relationship between supply and demand in the land market and the land’s location, physical structure, and surrounding area. During infrastructure development, changes in land use and its characteristics are possible and may directly affect the land price significantly. This research aims to generate a prediction model of land market values in response to transportation infrastructure development and elaborates a correlation among factors affecting the land price. A hedonic pricing model is used through multiple linear regression to seek contributing factors affecting the land price. The result shows that the proposed hedonic model can predict the price of land using the model LnLand Price = 16.991 + 0.203 Shape of land + 0.084 Economy of Residents – 0.719 LogStation – 0.405 LogAge. This estimated formula could be used as part of a land value capture mechanism for future development.

Land value capture (LVC) is an effort to monetize infrastructure capital investment in order to capitalize land value. LVC consists of three components: the value uplift, the laws concerning the interpretation of how an area contributes to the value uplift, and the conversion of the increased land price into taxes (Smolka, 2007). The framework of LVC collects the documented value created, identifies the stakeholder who benefits from the built infrastructure, analyzes the LVC mechanism, and proposes a recommendation.

Railway Transit potentially reduces the cost of travel and induces a higher value of property (Berawi & Akbar, 2017; Rahman et al., 2018). The location of a place in a transportation system determines its accessibility and affects the land values (Tolley & Turton, 1995). Studies conducted in relation to the Helsinki Metro Rail, Finland, indicate that property prices within a walkable distance (500–750 m) of a metro station are 7.5% higher than those beyond that distance (Laakso, 1992). Transit-oriented development in San Diego, California, has found that the further the location of land from a station, the lower its value (Duncan, 2011). In a similar study in Portland, results showed that within 500 meters of an LRT Station, land prices increased by about $4,323, while outside the 500-meter radius, the price was relatively stable (Al-Mosaind et al., 1993).

Similar findings were also found in Wuhan, China, where the government invests heavily in transportation infrastructure, with regard to commercial property prices. The research focused primarily on a radius of 800 meters from the transport station. The study concluded that the price of property was significantly affected within a distance of 400 meters, with the price gradually decreasing every 100 meters (Xu et al., 2016). Location, which plays a significant role in land value, can be divided into two factors: environment and accessibility. Distance to the Central Business District (CBD) may have an impact on land values, depending on the geographical location of a particular property and the economic condition of that area (Haider & Miller, 2000). Other factors contributing to location attributes are the width of the road and the distance from the property to the main road. The good quality of the road will determine whether people are tempted to occupy the land for its access to modes of transportation. A better road also provides greater accessibility for people to conduct their daily activities.

The structural attributes of a particular land area are among the main factors of a land value increase. Land located near the city center has a higher land price, but it is hard to occupy a large amount of land there. By contrast, land far away from the city center is cheaper and less attractive (Siswanto, 2007). The condition of the property also plays a part. The age and the number of rooms in a property contribute to property values. One of the main reasons for this is that people need particular amenities when buying a property and are willing to pay more for better amenities. An older property tends to require repairs, which may decrease the property’s value and the interest of buyers.

Environmental attributes indirectly affect the land value market, but through hedonic pricing, a correlation can be found. Property values increase for housing whose owners have a high salary rather than a low salary. People with a high salary can afford an elite property with facilities such as 24-hour security or a swimming pool, which make a property more expensive (Nelson, 1992)

Unfortunately, the price of land is sometimes inaccurate when based on the variables affecting the land price and the characteristics of the surrounding areas. Instead, land prices can be the result of speculation by developers and the transaction between buyers and sellers. This research aims to obtain a model for land price prediction that can be implemented to evaluate land prices in areas near to where railway projects are constructed (Wijito & Sindang, 2012).

On the basis of its model, this research generates the following equation for the market price of land in the Duren Kalibata Station catchment area of 800 meters:

This research is supported by grant from the Ministry of Research and Higher Education, Republic of Indonesia No. 415/UN2.R3.1/HKP05.00/2018.

Karim, S.B.A., Rahman, H.A., Berawi, M.A., Jaapar, A., 2007. A Review on the Issues and Strategies of Stakeholder Management in the Construction Industry. In: Meetings and Conference on Management in Construction and Researchers Association (MICRA), 28-29 August 2007, Shah Alam, Selangor, Malaysia