Title: Segregation and Gentrification of an Informal Settlement in a City Center
Hani Mardhotillah, Ahmad Gamal

Cite this article as:
Mardhotillah, H., Gamal, A., 2018. Segregation and Gentrification of an Informal Settlement in a City Center . International Journal of Technology. Volume 9(7), pp. 1346-1354 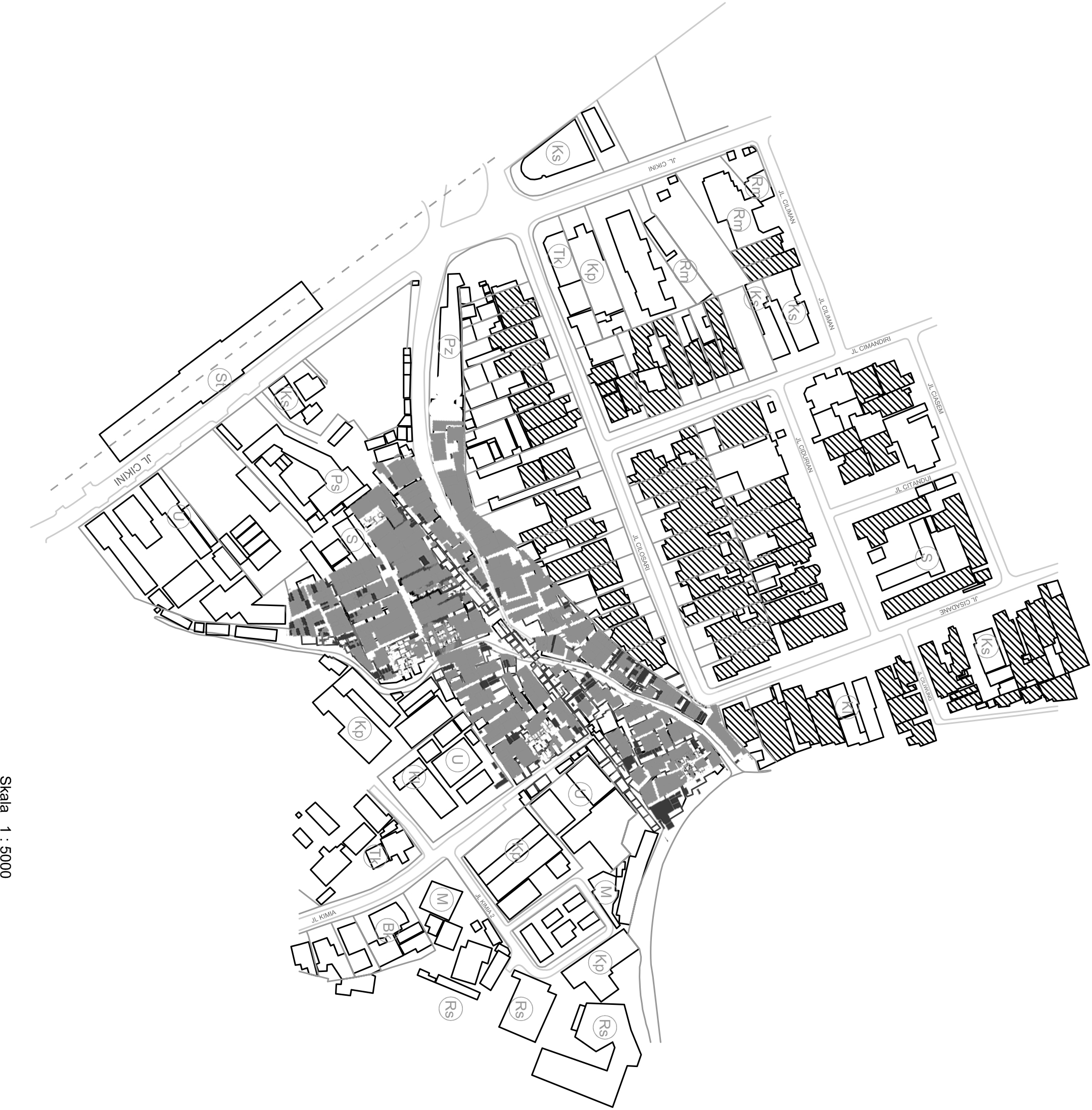 In this research, we investigated the instance of segregation and gentrification in Cikini, a place where formal and informal settlements coexist with walled separation. We conducted a mixed-methods research study using the following: (1) a field survey to observe the physical relationship between the perumahan and kampung settlements; (2) mapping of building age and land use patterns; (3) interviews with key respondents, community leaders, street vendors, and market vendors. We found that residential segregation in Cikini is not based on people’s racial identity, but on their socio-economic status. The spatial separation of people from different socio-economic classes cannot simply be understood as inequality. It represents some features of segregation, such as: (1) a fixed physical barrier between the perumahan and kampung, despite mutual social and economic connections between the two; and (2) the fact that there is no permanent residential mobility between the two despite the economic mobility experienced by people in the kampung settlement. Interestingly, we found that kampung settlement does not experience gentrification while the perumahan is slowly gentrifying. We attribute this uniqueness of the kampung settlement to its resilient social fabric.

Segregation and gentrification problems occur in every country in the world. Cikini, an informal settlement in Jakarta, epitomizes the segregation and gentrification that occurs in Indonesia. Cikini has two kinds of urban settlements: formal and informal. The difference between the two settlements creates economic and social inequality, which can be seen in the physical separation. Separation occurs because of the differences in economic growth rates which affect the income level of Cikini's residents. As a result, the quality of public facilities and services is poor (Kato, 2012). The poor quality of public service in Cikini decreases the productivity and income of Cikini's informal settlement residents. The disparity in income levels of the informal and the formal settlement residents creates social problems in the society.

Social problems in lower-class societies create another problem: evictions. The eviction does not happen directly through expulsion. However, without government regulations to protect the informal settlement that has low property prices, investors can develop the area without considering the community's needs.

Area separations within a region are the result of economic divisions in the society. Economic division occurs when there is a change in the required worker skill level due to the development of the production process. Workers with enough skills to operate advanced technology belong to the higher social class, while the workers without these skills belong to the lower social class. This economic division demonstrates how a change in production processes can affect social division. This shows how the development of production processes that are not in line with society's skills can lead to social inequalities (Smith & Harvey, 1990).

Our finding challenges Smith’s (1979) theory that gentrification occurs because the informal settlement in the downtown area attract investors. However, some of the properties in the kampung that have been repaired still belong to the informal settlement residents. Some property improvements in Cikini’s kampung provides low-cost rental houses to new kampung residents but does not indicate gentrification of the area. On the other hand, the formal settlement has a comparatively high amount of regional development, thus increasing the property values. The increase in property value and tax in the formal settlement drives some of its residents to move away. The houses that are left behind are then purchased and transformed into new offices or houses for people with higher income.

Rudi, A., 2016. Ini Kategori Rumah yang Berhak Dapat Pembebasan PBB (This is a Category of Houses that are Entitled to Obtain UN Exemption). Available Online at https://megapolitan.kompas.com/read/2016/02/16/07080041/ini.kategori.rumah.yang.berhak.dapat.pembebasan.PBB, Accessed on February 26, 2018