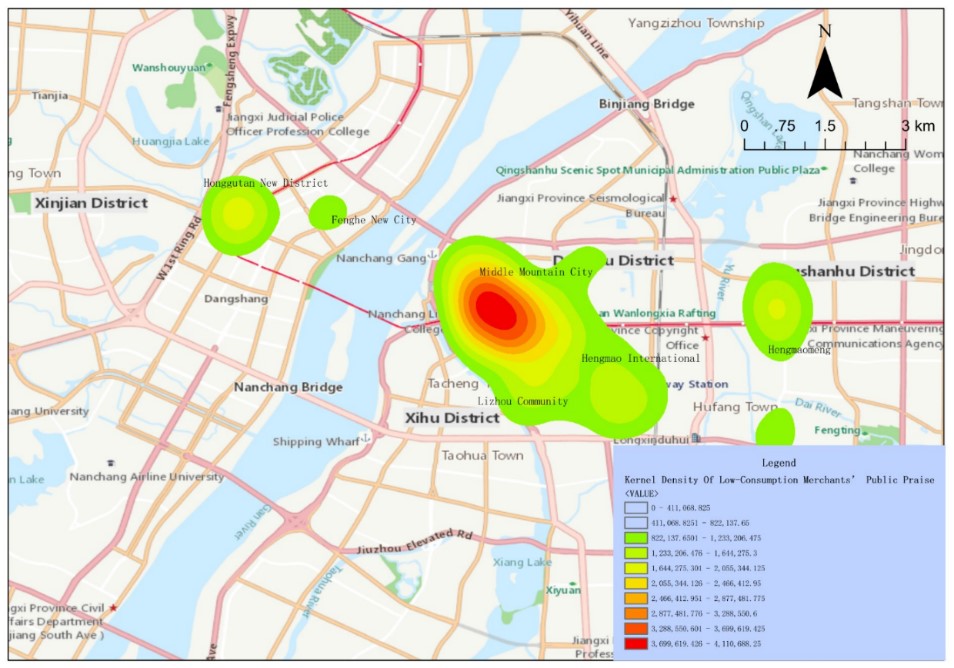 People’s daily lives and the internal organization of city spaces have changed enormously alongside the rapid development of information technology. To adapt to this trend, the theory of urban planning, the main aim of which is to study urban spatial organization and its changes, should seek to innovate its paradigms and methods. Such innovation is predominantly evident in the wide application of information technology in urban and regional research, the connections between network spaces and urban physical spaces, and discussions on the future of urban development (Zhen et al., 2007). Remote sensing, geographic information systems (GIS), and thermodynamic charts can be used to study urban spaces on a macro level (Wu & Ye, 2016; Du et al., 2018). The data found in messages, blogs, locations, and people’s daily lives can also be applied to study the behavioral characteristics of urban residents in microcosmic terms (Xiao et al., 2013; Ding et al., 2015; Li et al., 2016). Overall, paradigms and methods utilizing both network spaces and urban physical spaces are gradually increasing. The application of the big data of cities and their residents to urban network spaces is also becoming mainstream. However, the study of spatial organization and the structure of urban physical spaces is relatively lacking.

Domestic research started comparatively late and has focused primarily on the analysis of star-rated hotels and hotel management (Hu & Zhang, 2002; Wen, 2004). The volume of research concentrating on the spatial distribution of the catering trade is however low, and tended to be based on a single-subject design (Lu, 2007).

Based on previous works, Nanchang was chosen as the sample study area in this paper and was evaluated using Statistical Product and Service Solutions (SPSS) with data from the review website Dianping. GIS was initially used to explore the spatial distribution of the catering trade in Nanchang.
Conclusion