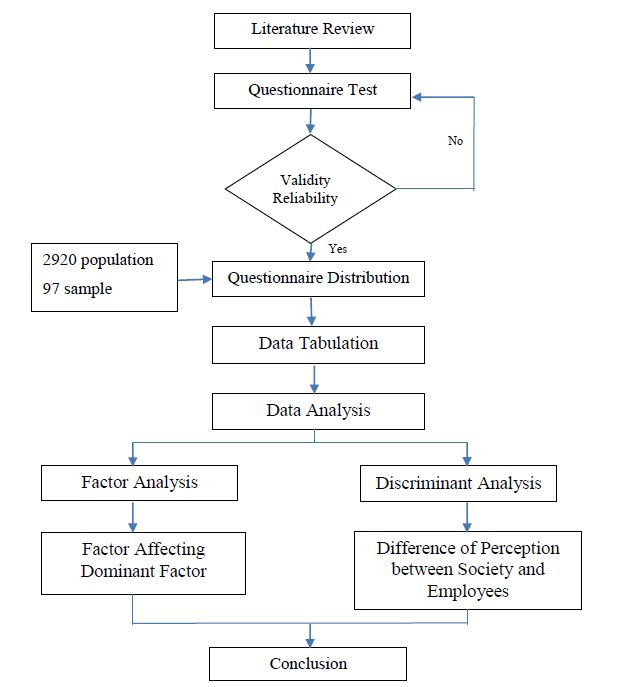 This study aims to identify the success factors involved in improving the building permit, or Izin Mendirikan Bangunan (IMB), licensing service in Denpasar City, Bali Province. These permits play an important role in providing legal assurance when owning or altering a building. However, in reality most of the buildings in Denpasar do not have such permits. There are various obstacles to their acceptance, such as society’s perception that applying for one is expensive, troublesome and takes too much time. Therefore, it is necessary to conduct research on two related stakeholders, namely the community and the employees who work in the licensing service. Investigation was made by distributing a questionnaire survey to both the community and the officials. After conducting validity and reliability tests, the collected data were analyzed using factor analysis to determine the success factors. The study found that the factors influencing the IMB service in Denpasar City are: (1) transparency, (2) employees’ ability, (3) convenience, (4) time, (5) employees’ performance, and (6) employees’ responsibility. Amongst these, transparency was shown to be the dominant success factor for improving IMB services, as indicated by the highest eigenvalue value (15,085) and variance (47.142%). The discriminant analysis results show that there is no difference in perception between the service employees and the community.

Building permits in Indonesia show approval from the local government to construct a building. They are granted to building owners to undertake a new development, as well as to alter, extend, reduce or maintain an existing building in accordance with the applicable local regulations. The licensing authority is part of local/regional government implementation, while building permits with a special function need to be authorized by the Central Government (Ministry of Public Works in Republic of Indonesia, 2007).

In the European Union (EU), building regulations are used to set minimum requirements for safe, healthy, energy-efficient and accessible buildings. These requirements are applied to provide a building control system, which is indispensable. A study by Pedro et al. (2011) compares the building permit procedures adopted in the 27 EU countries, using a statistical method to collect data from building regulatory systems in each country and reviewing the major legal documents. There is a clear trend towards construction products and services, which justifies a better insight into building control systems in the European Union (EU) (In the study, no major differences were found concerning the procedures on how to obtain a building permit. Most of the procedures involved in undertaking construction work were covered: pre-consultation, the possibility of phasing, submission demands, checks carried out and maximum procedure time for planning approval, the possibility and time to object to a building permit being issued, the start of construction works, the frequency and timing of site inspections, fees, and completion of construction work.

The community expects good service, which nowdays has become a necessity. Especially in the globalized economic era, construction firms worldwide are encouraged to provide acceptable quality levels to ensure their position in the emerging international markets, especially those in developing economies such as Indonesia. Therefore, the need for an appropriate system that ensures quality control is critical (Hiyasat, in Berawi et al., 2013)

To ensure that the community’s expectations are in line with existing conditions, the government should ensure that the needs of society for excellent service are met. Government agencies, especially the Integrated Licensing Services Agency (Badan Pelayanan Perijinan Terpadu Kota Denpasar) of Denpasar City need to develop a licensing service that is easy, quick and accountable. One of the tasks for this agency is to take into account IMB, or building permit, assessment.

The reason why the IMBs issued in Denpasar are at a very low level is due to misperceptions amongst the community, who perceive the IMB process as expensive, that it takes too much time and is troublesome. Furthermore, people usually prefer to use intermediary (middle agent) services to manage the IMB process, believing that it is a very inconvenient procedure to follow themselves. In general, the assumption is made that the IMB process is too expensive and complicated (Indonesian Ministry of National Development Planning, 2008). This situation may also be an obstacle to Denpasar’s infrastructure development as discussed in Mandi (2015), problems resulting from obtaining authorization or license for a construction project from the government/related institution – in this case IMB – were found to be an unacceptable risk, which act as an obstacle that need to be dealt by contractors.

In a study by Amirbeigi (2012) on a European region (Stockholm), the building permit process was shown to take a great deal of time. The study showed that there was a lack of construction projects for residential buildings in the Stockholm region, with criticism of the municipalities for having a long processing time for reviewing building permits. The study was concerned with ways of optimizing the processing time of building permits. Accordingly, important parameters were investigated in order to maximize quality and efficiency. The time frame was also considered, since this often acts as one of the restricting factors in urban development; optimization of the processing time in issuing construction permits can be one of the elements of quality in service-oriented business organizations in a municipality such as Stockholm. The aim of the study was to analyze the building permit processing time, and to investigate different factors that have an influence on it. The results showed that using a Total Quality Management (TQM) strategy in the organization could help the municipality to continuously optimize its processing time. This implies that quality improvement leads to long-term customer satisfaction. A functional team developing solutions to problems using a TQM approach often shortens the time taken to produce services. Berawi et al. (2013) found that understanding of quality and its perceived processes can be used to deliver more added value and efficiency in building construction projects, such as Energy Efficient Buildings.

In addition, in developed countries such as in Europe and the USA, electronic building permission systems have been used since the early 1970s (e.g. in Italy, France and the Netherlands). In the USA, several components and sub-modules of the system had already started in the early 1930s. In Europe, electronic application for building permission has been defined as one of the 20 primary e-Government services and most of countries were obliged to deliver online services by 2005 under e-Europe strategies (eEurope 2003). However, Greece and several other European countries failed to address this challenge, therefore the electronic building permission system across Europe was extended, first until 2010, and then again until 2020. Bellos et al. (2015) had examined several factors which influence the success or failure of such cases by investigating what happened in Greece. The results of the investigations into the framework of building permission e-services in Greece showed the following benefits: (a) effective public management administration by simplification of licensing procedures; (b) a reduction in corruption; and (c) environmental benefits by reducing bureaucracy.

Furthermore, it is necessary to find best practices on how to define typical professional procedures that are accepted or prescribed as being correct or most effective. This is an interesting area, since noteworthy practices are being taken into account by local government, especially on building permits (IMB) to consider the specific areas of planning reviews, inspections, permits, management/administration, legal issues, customer services and information technology. In order to obtain guidelines, some procedures for reference and study can be found within publications such as AC251—the IAS Accreditation Criteria for Building Code Regulatory Agencies and Third-party Service Providers, which is the global standard for building department accreditation (IAS & MJC, 2017).

Based on the background previously described, investigation has been conducted in order to find solutions to the problem. This was based on how to manage building permit licensing services so that they are convenient and easy to follow. Therefore, the purposes of this study are: (1) to determine what factors affect IMB services, viewed from the perception of the community and the employees who provide the services and (2) to determine the dominant factors in the management of building permits (IMB) in Denpasar City. Special attention has been paid to the most dominant local government factors in order to optimize the services of IMB management. In this study, the perceptions of the community and of employees are analyzed separately, as the factors established may not necessarily be the same from the point of view of each group

Based on the factor analysis of the results of the research, it can be concluded that: (1) The factors that influence the success of building permit services (IMB) in Denpasar are: (a) transparency; (b) employees’ ability; (c) convenience; (d) time; (e) employee performance; and (f) employee responsibility. There are no differences in the perceptions of the community and the employees of the factors that influence IMB licensing services in Denpasar; (2) The most dominant factor influencing the success of IMB license services in Denpasar is transparency, which has the highest eigenvalue of 15,085 and is able to explain variance of 47.142%. There should therefore be an effort to improve the building permit (IMB process to make it less complicated and expensive, and especially more transparent. It is known that the service of intermediaries, which is illegal, was a common practice in Denpasar at the time of survey, so mutual cooperation between the intermediaries and employees is required in order for the practice to be conducted, even though it is illegal. This kind of practice will result in more lag time in the actual licensing process, and extra fees (intermediary fees) for the permit, while those who apply for a permit without the services of an intermediary will need to wait longer for their permit to be issued.

Ministry of Public Works in Republic of Indonesia., 2007. Regulation of the Minister of Public Works No. 24/PRT/M/2007 on Technical Guidelines for Building Construction Permits